There seems to have been an outbreak of Flu nearly every year, they even refer to the’ flu season’ and commonly it starts or is named after an Asian country.

It surprises me that this outbreak, at the beginning of a new decade is being called a VIRUS and then suddenly it’s a Pandemic!   Suddenly everything stops and the world is in meltdown!

This is not an accident. This has been planned and forecasted.

In 2010, researchers at the Rockefeller Center prepared a paper called the “Scenario for Future Technology and International Development,” which predicted that a pandemic would occur. They predicted a hoarding of toilet paper and disinfectants. I don’t know why they nominated toilet paper but I presume they just chose a product with which they could measure the effectiveness of their campaign. Also did you know that the alcohol-based hand washes leach alcohol into your blood system.

What we are experiencing at the moment is a trial run. They are testing how the governments respond and how the populations react. What is their goal?

The first reason is population control. China has known for decades that their population is out of control. They have had a 1 child per couple policy since 1979 (after a decade-long two-child policy). It’s probably not surprising that this outbreak started in China nor that they have little respect even for their own countrymen, so to use them to spread the virus is not beyond imagination.

It’s a known fact that the Global Elite or the Permanent Government have an agenda to reduce the world’s population by 90% by the year 2030. That is at the end of this decade. Ten short years away, and one of their methods is going to be through vaccinations. Vaccinations for flu and other diseases will become killers.

The second reason is FEAR. I do not say that the virus does not exist, but I will say that it is a weapon to control people with fear. Media is part of the process designed to instill fear 24/7 in people.

Fear makes it easier to control the population and to pass legislation to decrease personal freedoms and rights. Under Marshall Law, governments can block people’s mobility, close airports, sporting events, theaters, shops and businesses and especially churches. It also creates fear in the money markets which is where the Elite make all their money. If they were REALLY genuine, they would suspend ALL trading on the Stock market, but this is their chance to watch airlines and corporate shares plummet and then buy up at greatly reduced prices.

Let’s not forget how Nathan Rothschild and his brothers, with their private network of couriers between Europe and England, at the time of Waterloo instructed all his workers on the floor to start selling shares. That made all the other traders believe that the British had lost the war, so they started selling frantically.

Rothschild then discreetly instructed his workers to purchase all the shares they could lay their hands on. When news came through that the British had actually won the war, the shares went up to a level even higher than before the war ended increasing  Nathan Rothschild’s £20,000 investment into £50,000,000 and giving him control of the Bank of England.

Another aspect to this is the powers-that-be WANT to know everything about everybody. They have countries burning cash to eliminate the ‘threat of disease’ which forces people to use cards and electronic banking which they can keep track of.

They are tracking people by their phones to ensure quarantine regulations. CCTV cameras and facial recognition technologies are proliferating so that everyone becomes accountable. Nations will be forced to share security rights; government rights and individual rights will be restricted.

The Plan is to use a pandemic to control the planet. Its not the virus itself but the FEAR it instils. The Globalists want a single world government and a single monetary system and a single military/police force. They want to return us to the feudal system of the Middle ages where the Lords lived in their castles and all others were their serfs and slaves.

The World needs to realise what has become of our nations. This so-called ‘level playing field’ of free international trade with no tariffs to protect local farming and industries has allowed the Globalists to dominate the World. The initial effect of this virus was to stall manufacturing world-wide because so many industries relied on products from China.

Maybe we will realise that cheap is not always the best for us and that we need to protect ourselves and re-introduce tariffs.  Maybe we can put a stop to China buying our farms, our real estate, our air and seaports, our water-rights and dictating to our universities and governments.

We can choose to listen to the media and cringe in fear or we can stand on God's word and trust Him for our protection and healing.

‘We can pray that God will take the wheels off the chariots of these modern-day pharaohs.’

Thoughts behind the Coronavirus 19 outbreak. 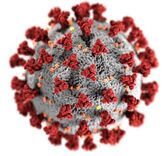 The Cup of Iniquity