Once upon a time before the year 1066 the people of England held Allodial title (land freely held, without obligation of service to any overlord) to their land. Not even the king could take the land without making a payment. In 1066 William the Conquer, conquered England. He took the Title of King and claimed possession of all the land in the name of the king, (himself).

The people accepted that the king owned ALL the lands and that they became his serfs. This continued until King John came to the throne in 1199 after the death of his brother Richard.

Meanwhile the Pope, calling himself ‘the Vicar of Christ’ claimed all lands in the known world for the Vatican.  The Vatican also considered their parishioners to be mere serfs and so when they died their property went to the church.

This created conflict between the king and the church as to who possessed the lands. 200 years later, King John owed money to the Vatican. Therefore, the Vatican claimed first title to all of England.

To try and prevent this the King invoked the Law of Mortmain, 'the dead man's hand', so people couldn't pass their land on to the church or anyone else without the King's permission.

The Vatican replied in 1208 by placing England under Papal Blockade and the King was excommunicated.

King John was humiliated and suffered in trying to regain his stature. He grovelled before the Pope and offered the kingdoms of England and Ireland to the Pope and swore submission and loyalty to the Vatican.

This was the Treaty of October 3, 1213, where King John surrendered his kingdoms to the Pope, and as the’ Vicar of Christ’ the Pope claimed ownership of everything and everyone on earth as was his belief.

Where in the Bible did Jesus give any man this kind of power over all men and all land? He didn't. He did not create a religion nor did he create the office of Pope.

The Barons of England did not accept this agreement made between the Pope and King John so they forced him to sign the Magna Carta.  Magna Carta, which means 'The Great Charter', established the principle that everyone is subject to the law, even the king, and guarantees the rights of individuals, the right to justice and the right to a fair trial.

Pope Innocent III, however, declared the Magna Carta to be: ". . .unlawful and unjust …. " [i] The Pope reasoned, because the ‘Treaty of 1213’ was only between, the King and the Vatican, the Barons had no say and therefore the Magna Carta was voided. The Barons coerced the king to sign under duress which would also make the charter void.

The "Founding Fathers" despite being lawyers and professional educated men, didn't know they were still under the Pope's control. They wanted peace, so under the terms of the Paris Treaty of 1783, they agreed to pay royalties to England, through the Virginia Company whose charters governed the settlement of America back in the early 1600’s and whose shareholders included the ‘City of London’ and the Vatican.

The City of London is also referred to as ‘The Crown’. This is not to be confused with the king or the royal family, but they are among its shareholders. Crown lands throughout the commonwealth belong to the Crown and not the governments.

The Crown operates world- wide and is said to be associated with the following groups.

The City of London is the business heart of London (and the world) and is centred on the Knights Templar Courts. From here they have regulated laws and banking ever since 1066, for their own profit. The Templars were the first to issue paper money and cheques.

Businesses that have operation here include;

One of the Templar Courts is called Temple Bar and it controls the legal/court system of the Western Countries. Here all bar associations are directly linked to the International Bar Association and the Inns of Court. Anytime you hear somebody refer to the Bar Association, or “being admitted to the Bar” they are talking about aligning themselves with this British/Masonic system that has nothing to do with a country's sovereignty or the constitutional rights of its people but with the laws that benefit this enterprise. This is why, in American courts, you see the U.S. flag with a gold fringe, denoting international rule.

Another feature of the templar Courts is Cleopatra’s Needle. This obelisk was transplanted from Egypt during the reign of Queen Victoria and erected on the banks of the River Themes.

The City of London is referred to as a City State. It is like a private country within a country. Rome has the Vatican and Washington has the District of Columbia. These three make up the three city States of the Crown and each have an obelisk to denote their allegiances to each other and to their occult philosophies. These three city states run the world. They have their own flags they make their own laws and have their own police forces. Contained within these three cities is more than 80% of the world's wealth.

Obelisks are phallic shaped towers which symbolize fertility. The base of the Obelisk is a sun wheel circle symbolizing the vagina and the 8-Fold path to Enlightenment. Together these represent male and female sexual union which is in honor of the Egyptian God Amen or Amen-Ra the spirit of the pagan.

So why would the Vatican use an Egyptian obelisk, a phallic monument, as their symbol? That lies in the Vatican’s veneration of Mary, the mother of Christ. The power behind this is occult, arising from the Egyptian gods of Osiris- the Sun God, Isis – the universal mother and Horus – the divine child.

Catholics believe that if Mary is the ‘mother of God’ then she must be ‘God’ also.

Nowhere in the Bible does it represent Mary, the mother of Jesus as anything other than a young woman chosen by God to bare His Son.

The Vatican is about power and money; ‘these are the root of all evil.’ They use religion to control and feed off the masses. ARTICLE 3. of the secret Treaty of Verona, made on the 22nd of November 1822, between the Vatican and several European nations including Austria, France, Prussia and Russia. states that the ‘principles of religion contribute most powerfully to keep nations in the state of passive obedience which they owe to their rulers’.

These three City States have a huge influence on global affairs, and their god is Mammon, the god of money.  They do not honor the real Lord, Jesus or His government. 'They honour Me with their lips but their hearts are far from me.'   Is.29;13

To validate the influence and ownership of  Washington DC  by both the UK and the Vatican, the obelisk and dome of the Capital Building, copies the Vatican and  the Freemasonic Temple is an exact replica of the temple in the City of London.

Didn't the Lord say to the people after coming out of Egypt, "why do you want a king when you have me?" (1 Sam. 8) Which Lord do you want to live under, a Pope, a King, President, or a real Lord called Jesus Christ? "Christians," are ridiculed because they read the Word of the Lord, but the Vatican has preached their word in Latin and taught that salvation only comes through their priests. The Pope calling himself the "Vicar" of Christ” is not scriptural.

As Kings and priests of the Living God, we the true believers can use our God-given discernment and authority to bind the influence of these evil men and their evil laws. A Godly government would judge the unrighteous and defend the majority so perhaps we can start with this contract between King John and the Pope from 800 years ago that has America still paying royalties to England and the Vatican.

Shall the throne of iniquity,

which devises evil by law.

Have fellowship with You?

They gather together against

the life of the righteous,

https://www.bibliotecapleyades.net/sociopolitica/sociopol_globalelite177.htm        Owners of the Empire.

The Power of the Vatican and the 3 City States 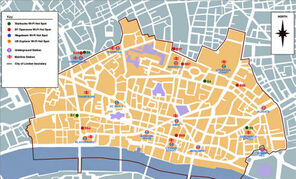 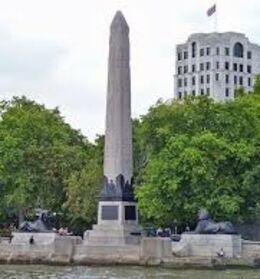 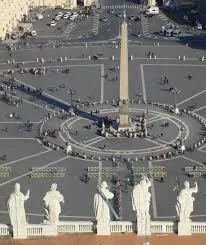 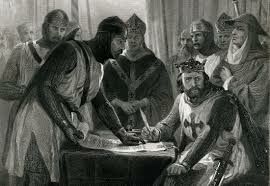 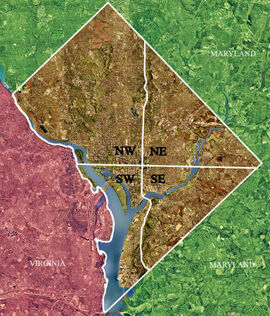 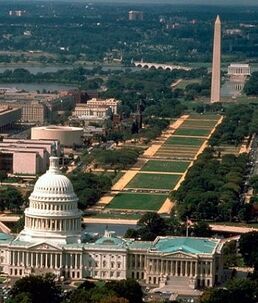 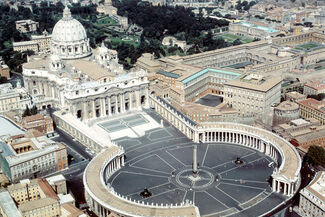 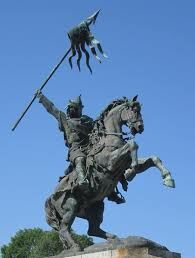 Thoughts behind the Coronavirus 19 Outbreak

The Cup of Iniquity