I have been in different denominations and in different cities but one thing I can say about the church in general is, like families, they can cause a great amount of hurt.

One of the worst kinds of abuse is spiritual abuse because so much of what goes on is attributed to God and nothing could be further from the truth.

Often it is really just men (and women) making decisions which having nothing to do with God at all but are just trying to fulfill their own ambitions. I have witnessed that.

I have also witnessed churches take on the "youth culture" which is very prevalent today. I have no problem with youth oriented churches but it was very distressing to watch, in one church, a lovely group of older women be disbanded because without their knowledge, the church hierarchy decided it wanted to be more youth focused.

As far as they were concerned the women were of  no use to them.

Both churches, which I have used as examples, my family and I were members of for at least seven years. During that time we committed ourselves to those houses of worship and considered them to be our spiritual homes. We met lovely people and became involved to some degree in their ministries and home groups. It was therefore very painful when they started to edge us out. We felt marginalized when we realized that they were choosing to exclude us.

I believe there are a lot of people grieving the loss of fellowship and have been badly let down by leadership. I really pray that one day there will be a reckoning take place in the body of Christ and that the fathers will realize the errors of their ways so that the "prodigals" can return and find acceptance and the marginalized and the alienated can also return and be welcomed back into the fold so that healing can take place.

(In the meantime it is important to allow the Lord to help us overcome the disappointment so we don't become bitter and unforgiving. Even though it may feel like the end of one thing, it means there is a beginning to something else. God always has more for us than we can imagine.)

Notice that it's not the children's hearts that turn first, it is the hearts of the fathers. They have to recognize their need for reconciliation because one day they must give an account for our souls.

If you have experienced this, don't stop finding someone to fellowship with and somewhere to worship the Lord. (Thankfully, not all churches are like this.) It's not God's fault and He still loves you forever and ever. Don't ever lose sight of Him because He will gather together the outcasts of Israel;

It is in Him that we live and move and have our being. Jesus is coming for a bride without spot or wrinkle but right now she is more wounded than people realize. Healing and refreshing are coming. Even so come Lord Jesus.

And The Woman Who Hemorrhaged For 12 Years

I don’t think any of us can deny that the Christian Church, generally speaking is at a critical point of survival. Christians are being mocked and held in derision and are finding it increasingly difficult to be taken seriously or have any kind of voice or authority.

A few years ago it was brought to my attention that Jairus’ 12 year old daughter and the woman who had been hemorrhaging for twelve years were symbolic of the church. (Matt 5:21-43)

Here are a few things they have in common:

➢ The woman knew she wouldn’t be accepted at the Synagogue because she was considered unclean – her potential place of healing wouldn’t allow her in. She had spent all her money on doctors and she knew that even just to touch the hem of Jesus’ garment would be enough to heal her. She was literally at the point of death

➢ The old woman was likely menopausal and the young girl, pubescent and about to enter her childbearing years. Their fruitfulness and ability to reproduce was being snuffed out. Neither had a hope for the future or the hope of raising children.

➢ Only Jesus can revive His Bride and He didn’t heal one in preference for the other. He healed both of them and at the same  time.

➢ Some older churches have tried to renew themselves by consciously pushing out families that have supported them for years in order to raise up younger people with “fresh vision”.

➢ This means that the people who have tried and tested faith in God and have learned how to trust God and have the wisdom of years are being forced from the church in favour of young people with ideas and energy but lack the maturity of faith.

➢ The younger churches cater more for the youth to the detriment of the older members. I have been too young for one church and too old for another and have been virtually forced to leave which is not a nice feeling.

➢ The church, to be whole, needs both the wisdom of age and the freshness of youth and proven prayer warriors who understand spiritual authority who can teach and mentor and encourage the youth and young adults in the things of God.

➢ Another casualty in this new structure is the Holy Spirit who is literally the “power behind the throne”.

➢ The reason Jesus was/is so enigmatically powerful and insightful and perceptive was because He was filled with the Holy Spirit who gave Him wisdom and all that He needed for His life on this earth. We have access to the same Holy Spirit to give us life also.

➢ I believe that is why Jesus healed both those women because He needs to have both the strength of youth and the wisdom of age to see His church come to the fulfillment of its destiny and be able to provide life and hope in these very uncertain times we find ourselves in.

➢ I know that there very fine churches in both these categories but I feel that this is an aspect of the church in general that Jesus wants repaired.

➢ He has called for unity in the body. How can we fight the enemy if the camps are divided? United we will see the Enemy defeated.

Ultimately, the Church is His Bride

And the gods came tumbling down....

Many of the indulgences that we take to extreme can become a god in our lives.

This includes football and other sports, going to the gym or to the pub, dining out and socializing, travel and holidays, even work; were, all suddenly cancelled. These are the modern gods of our lives but like the gods and idols of previous times, they cannot save our souls, they cannot love us and they cannot heal us.

Not even during the Second World War, did the whole world come to a crashing halt. Even the god of ‘climate change’ has disappeared from the headlines.

Nearly every luxury, pleasure or indulgence has been affected by this current Corona Virus Outbreak.

Maybe in a time like this when everything that can be shaken is being shaken, we can take a step back and just contemplate how far from being a God-fearing nation we have drifted.

This is NOT the END TIMES but maybe it’s the start of something significant.

Man himself cannot solve all the world’s problems. Men did not create the universe, didn’t create the plants and the animals. He was simply given the authority and the intelligence to control and use them for his own benefit.

God did not cause this to happen, but He does know who created it and why. God created the nations and He created them to be different and to have different languages.

There are forces today committed to breaking down national borders and national identities and this virus could well be part of their plans.

Let us not be fearful but let us trust in the Lord and know that when this passes, and it WILL pass, that we have been given a wake-up call to protect this ‘Great South Land of the Holy Spirit’ against our borders being corroded, against foreigners buying up our farms, manufacturing and real estate and against attacks on our social values.

There is only one true God and we CAN trust Him and He does have a vision and a plan for our future.

The Miracle of Jairus' Daughter 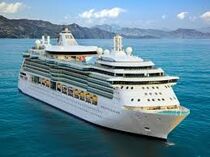 And the gods came tumbling down because of the pandemic