The Order of Speculative Freemasonry

Freemasonry and the Spirit World 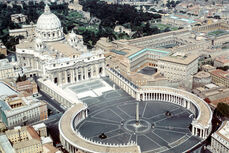 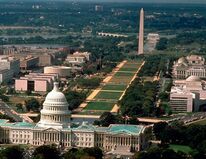 Freemasonry is based on symbolism, the chief one being the square and compass. Nearly everyone knows that it represents Freemasonry and is often included on signboards at the entrances to towns and cities. It is comprised of two chevrons, a ‘V’ pointing down, which apparently represents a female, and a ‘Λ‘ pointing up, which represents a male.

This was brought to my attention when I received a ring from my grandmother that was quite a peculiar shape. It is a diamond ring in the shape of a diamond. It has a diamond top and bottom and two diamonds side by side in the middle. I had actually started to wonder if it had some significance. I suspect the ring may have belonged to my great-grandmother whose husband was very probably a Freemason in the 1800s. His father was premier of Queensland and a Freemason.

While drifting around a bookshop one day, I came across the book The Secret Power of Masonic Symbols by Robert Lomas, who is a Freemasonry historian. He actually had a section of Freemasonic jewellery with pictures of jewellery in the same shape as my ring, the same shape as the square and compass. I was surprised, but I was glad of the confirmation. He suggests that there are about sixty symbols that Freemasons are introduced to during their ascent through the degrees. He goes on to say:

For over 500 years, the symbology of Freemasonry has fostered a secret stream of radical ideas running just beneath the surface of popular culture. These ideas, illuminated by public symbols hidden in full view, have influenced and shaped the society we live in.

Obelisks and pentagrams, the two pillars, truncated pyramids, and the all-seeing eye are some other symbols of Freemasonry. Some of these are depicted on the currency notes of the United States of America. Obelisks are found in cities across the globe, and some of these symbols are laid out in the patterns of streets such as in Washington, DC.

Thomas Horn, in his book Apollyon Rising 2012, explained the significance of the obelisk and the dome of the Capitol building in Washington DC, which was built specifically to catch the sun on 21 June and 21 December, the summer and winter solstices.

The Dome and the Obelisk facing it—facilitate important archaic and modern protocols for invigorating supernatural alchemy.

He goes on to say,

In ancient times, the Obelisk represented the god Osiris’“missing” male organ, which Isis was not able to find after her husband/brother was slain and chopped into fourteen pieces by Seth. Isis replaced the missing organ with an Obelisk and magically impregnated herself with Horus, the resurrected Osiris.

Words cannot describe my disgust and revulsion at the realisation that people in positions of power actually chose to erect these gross depictions of Egyptian mythology in the capital cities of nations, drawing power from the revolting occult energy they emit.

Thomas Horn also makes reference to the number 72 and the alchemy associated with it. In sacred literature and within Masonic Gnosticism, stars represent angels, and it is believed that seventy-two is the number of fallen angels that currently administer the affairs of the world.

These angels became disloyal to God at the time of the Tower of Babel and were worshipped as gods led by Nimrod/Osiris/Apollo.113 In Washington, the number 72 has featured with seventy-two stars circling the Apotheosis of Washington in the Capitol dome.

The obelisk was dedicated seventy-two years after the signing of the Declaration of Independence, and there are seventy-two stones on the Great Seal’s uncapped pyramid. The occult numerology associated with these three sets of 72 symbolise Satan and his angels’ influence over America and the world.

To loose bind and control these seventy-two demons for the purpose of re-establishing a pagan order on earth has been an important part of the secret doctrine of the high-degree Masonic Illuminatus since its inception.

They get away with this because of the secret nature of their societies. Most people don’t know or understand what they are doing, and unfortunately, most Christians don’t know what they are up to either. The release of these demons produces things like financial disruption and misinformation, like the hysteria associated with global warming.

It is designed to bring fear so that eventually when the leader of the one world government appears (the Antichrist), he will no doubt be seen to be doing something about these issues. This ‘loose, bind, and control’ is a direct counterfeit of Jesus’ keys to the kingdom, which are binding and loosing (Matt. 18:18).

In the 1930s, research was undertaken by the Masonic Study Circle in London which confirmed this in research they had undertaken called the Pythagorean Tradition. Its most important finding was that:

The Great Work (Magnum Opus) of the Rosicrucians and spiritual alchemists ‘is the same as that which is symbolized in our Masonic Legend of H. A. (Hiram Abiff, in which seventy-two conspirators/demons helped kill Osiris, according to Masonic legend).

Thoughtful students may find in the references to the Old Wisdom and the Mystery tradition an introduction to a great subject; nor should the Mysteries be thought of only as institutions long vanished into the night of time; rather their re-establishment is to be accepted as inevitable . . .

In years to come a wiser generation will restore the sacred rites.In order for the inevitable worship of Osiris to be re-established on earth, the seventy-two demons that govern the nations must be controlled, thus they are set in magical constraints on the Great seal, the Washington Obelisk, and the Pentagram circles around the apotheosis of Washington to bind and force the desired effect.

Like each succeeding Pharaoh, George Washington was simply the first United States president to reach apotheosis.The painting of the Apotheosis of Washington in the dome of the Capitol building by Constantino Brumidi reflects this belief and is symbolic of a long succession of deified men who,according to the final mystery of the Great Seal, hearken the day when the Masonic messiah will return in flesh—Hiram Abiff, a.k.a. Osiris,Nimrod, Apollo, and in the Bible the Antichrist.

Deeply rooted in the mysteries of ancient societies and at the core of Rosicrucianism and those rituals of the Brotherhood that founded the United States is the idea that chosen humans are selected by these super-natural forces and their earthly kingdoms are formed and guided by these gods—e.g. Hermes, Neptune, Venus, (Isis), Ceres, Minerva and Vulcan (Satan), of course the son of Jupiter and Juno to which human sacrifices are made.

Thomas Horn adds to the intrigue by describing the use of the Capitol dome:

When visitors to Washington DC tour the Capitol, one of the unquestionable highlights is to visit the womb of Isis—the Capitol Dome—where, when peering upward from inside Isis’continuously pregnant belly, tourists can see hidden in plainsight Brumidi’s 4,664-square-foot fresco,

The Apotheosis of George Washington. The word apotheosis means to ‘deify’ or‘become a god’, and explains part of the reason US presidents,military commanders, and members of Congress lay in state in the Capitol Dome. The womb of Isis is where they go at death to magically reach apotheosis and transform into gods.

What are these guys thinking? Truly, are they serious? These are the leaders of our nations! I was interested to discover that William the Conqueror was George Washington’s nineteenth great-grandfather. It’s rather curious that he is also descended from this Merovingian bloodline.

Dedicated researchers have found that all forty-three US presidents share kinship to the European royal bloodlines. They belong to the same general ancestry, often called the thirteenth Illuminati or Merovingian bloodline, and also to the banking families in America.

The people of this line are establishing an earthly kingdom. Jesus came to establish the kingdom of heaven on earth.

It is interesting to note that the Founding Fathers took great care when choosing a site for their capital city. It is no coincidence that Washington is located on the seventy-seventh meridian, aka God’s Longitude, 77 being significant to the Rosicrucians.

Another interesting point is that the five great revolutionary cities—Boston, New York, Philadelphia, Baltimore, and Washington—are all in a straight line, and if this straight line is extended to the NE, it goes through Stonehenge in England.