Francis Bacon returned to England from France in 1579 after Queen Elizabeth I, had banished him, after discovering that she was in fact his mother, two years before. Bacon formed a group of friends which he called his Good Pens and they applied themselves to improving the English language. Through the 2,000-odd books and plays that the group produced, they added about 20,000 new words to the English language, and through these writings, these words were quickly accepted. This was Bacon’s Great Instauration leading to the English Renaissance and the Age of Enlightenment.

Because of the volume of plays he was writing, he needed a way to sign them and to claim ownership, but also to remain hidden. He created the name Shakespeare after Pallas Athena, the Shaker of the Spear.

In his play Richard II, he questioned the divine right of kings to rule, which angered Queen Elizabeth. He was able to explain to his mother that the author wasn’t really inferring that it was wrong, and so her wrath subsided. Bacon realised though, after this that he needed a face to put with the name.

Bacon heard of a man named William Shaksper who was employed at the Globe Theatre. He came from Stratford on the River Avon to find fame and fortune in London. Bacon was amused at the similarity of his name to the name ‘Shakespeare’ he had created, so he paid him to change his name and pose as the author. Bacon, who loved to tinker with punning names and rhyming words, was clearly fascinated by the quaint similarity between the two names.

The name of William Shakespeare of Statford-upon-Avon that signs the Shakespeare works; it is the same name or pseudonym of someone else. Moreover this would imply that the true author was . . . hiding behind his pseudonym and the mask of another living person whose name was similar to the author’s pseudonym.

William Shakespeare the actor was barely literate. The only samples of his signature varied greatly and there is no evidence of him having received or written any letters to his contempories. His six surviving signatures use the spellings Shackper, Shakspear, Shakspea, Shackspere,  Shakspere, and Shakspeare. 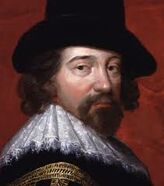 The Man Who Should Have Been King

In my own words;  Francis Bacon

However, William Shakespeare, the author, wrote like a lawyer and had an intimate knowledge of the royal courts and Parliament. Mark Twain concluded after extensive research that in the actor’s own lifetime, no one recognized him as being of any significance but  surprisingly, the plays enjoyed immediate success.  This would most likely be due to the fact that Shaksper had no library, had little education and there was no evidence of him ever leaving England for the Continent. The real author  chose to remain hidden because Queen Elizabeth was temperamental and unpredictable.

Shakespeare’s plays were full of references to Masonic aprons, levels, squares, and codes. Love’s Labour Lost has the most Masonic references of his plays, and in Macbeth, Banquo is murdered by three villians, like Hiram Abiff of Masonic legend.